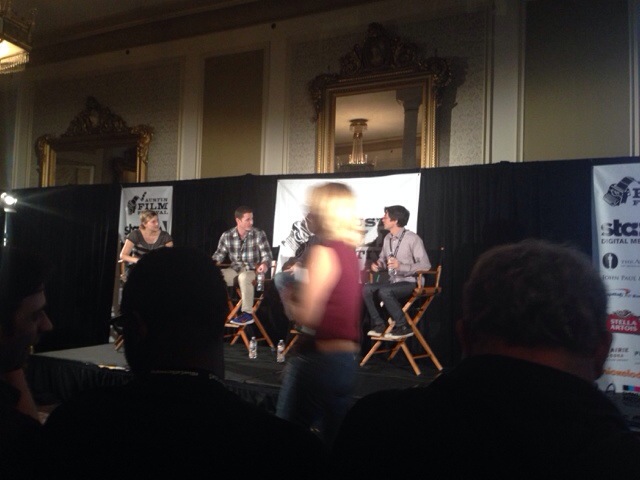 Not that there is much doubt but we’re ahead of the curve again. (I swear that wasn’t douche-y)
I had a chance to attend a great panel with the creator and writers of Mind-Games. What made it interesting was the way that they work and they work like we do, here at the Chaos.
G+ Hangouts are an integral part of the collaborative process for their team and by the sounds of it, the ability is extremely rare. It took the creator 2 previous tv shows with critical acclaim to have enough pull to convince the studio that it can be done or that he was valuable enough to give him the option.
I can’t conceive of writing collaboratively without G+ anymore, it’s such an integral part of our workflow.
I also found out that almost no other team works as closely as we do. We work on almost every single line and word together and it seems to feel right for us. The standard seems to be to break an episode together and then each writer leads an episode individually. Once they’ve done a first pass, it gets another session where everyone tears it apart and then the lead writer of that episode goes back and re-works it. Ultimately each episode does that a few times and then gets cleared by the creator or show runner. And then he/she tears it apart and then the lead writer of that episode goes back and finishes it off. That sounds so much more time consuming than what we do everyday.
Bu what the hell do I know?